Do You Need Armored Glass or Bulletproof Cars?

Do You Need Armored Glass or Bulletproof Cars?

An undisclosed location. That’s the best way to talk about an encounter with a vehicle built to take a full-metal-jacket punch.

Whether the threat is from small arms fire or a roadbed bomb rigged by remote detonation, the armored car has done its best to shield occupants of both fame and infamy from harm.

To do so has usually required a serious influx of weight, from heavy steel plates, to thick portions of door glass, plus bullet-stopping fill mediums in door pillar areas known as ‘leaks.’

As the scale adds up, it’s easy to see why some of these old-tech vehicles are so easy to spot, like the over-sprung limousine I encountered, wearing light truck-spec rubber to handle the extra girth. 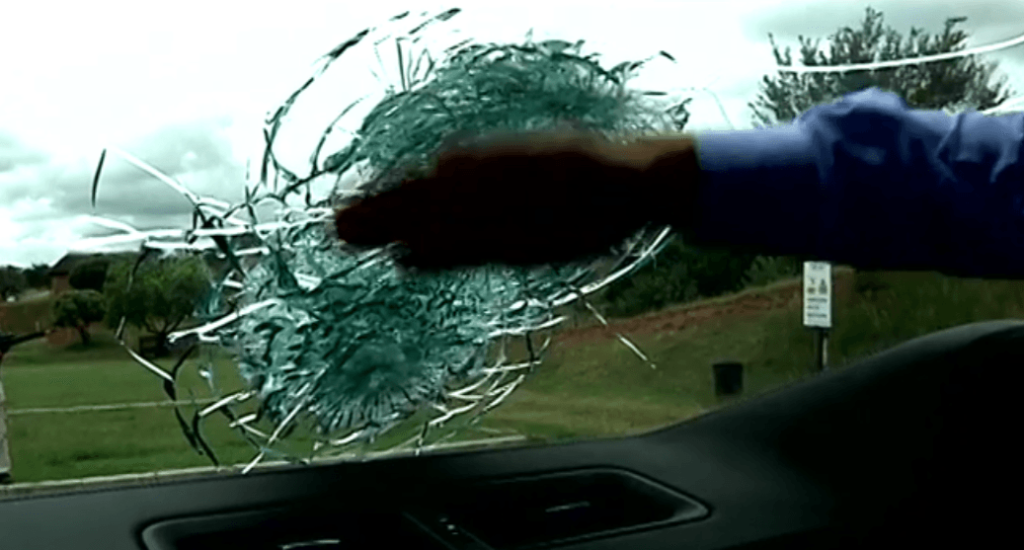 The excess weight of many an armored car has anything but a positive effect on handling, braking and acceleration, adding excessive wear to related components.
It also means that the bad guys might have a chance to catch up.

Mark Burton is hoping to change all that. In many respects, he already has, with more than 8,000 vehicles worldwide bearing the touch of his Salt Lake City, Utah-based company, International Armoring Corporation (IAC).

“New IAC technologies can actually reduce the additional weight for vehicle armoring by more than 70 per cent.”

Armormax is the trade name given to a unique synthetic fibre product which takes the place of ballistic steel protection within a vehicle structure.

The Armormax composite technology boasts a strength factor that is ten times stronger than ballistic steel.

Think of it as the bulletproof vest for your door panels.

To determine the protection level required for a client, Burton’s company observes globally-recognized standards that determine what level of protection is needed to stop different sizes of ammunition.

The IAC-speak would classify that threat as a B3 upgrade — the first level of armoring.
Perhaps you’re a Central American businessman working in the realm of revolutionary forces and AK-47s. That would be a B4 protocol.

Even armor-piercing ordinance can be stopped in its tracks with a B6-class build.

The interior of the vehicle is completely dismantled to place the armor elements.

Upgrades could include IAC’s Elitus Overlap System — a concealed molded armoring product designed to provide protection in such vulnerable areas as door openings and around windows.

“You can virtually armor any vehicle that is on the road today,” said Burton, currently offering armored vehicles with expected nameplates like Range Rover and Mercedes-Benz, as well as conveyances more likely to blend in, like a Toyota Camry (AKA Jason Bourne Edition).

In the matter of a gun-wielding assailant, the armoring of the doors and area panels has more to do with their shoddy aim.

“In 90 per cent of the attacks on cars, the assailant shoots at what they can see,” said Burton.

Lightweight Transparent Armor (LTA) looks like typical automotive glass, though its the unique sandwich of glass and polycarbonate substrates that keeps the bullets on the exterior.

“Technologies such as these allow the person under attack to react accordingly, and to move to a safe zone, instead of being incapacitated,” said Burton.

An alarming example as to the level of violence that can occur affects private security firms operating in high-risk African nations. 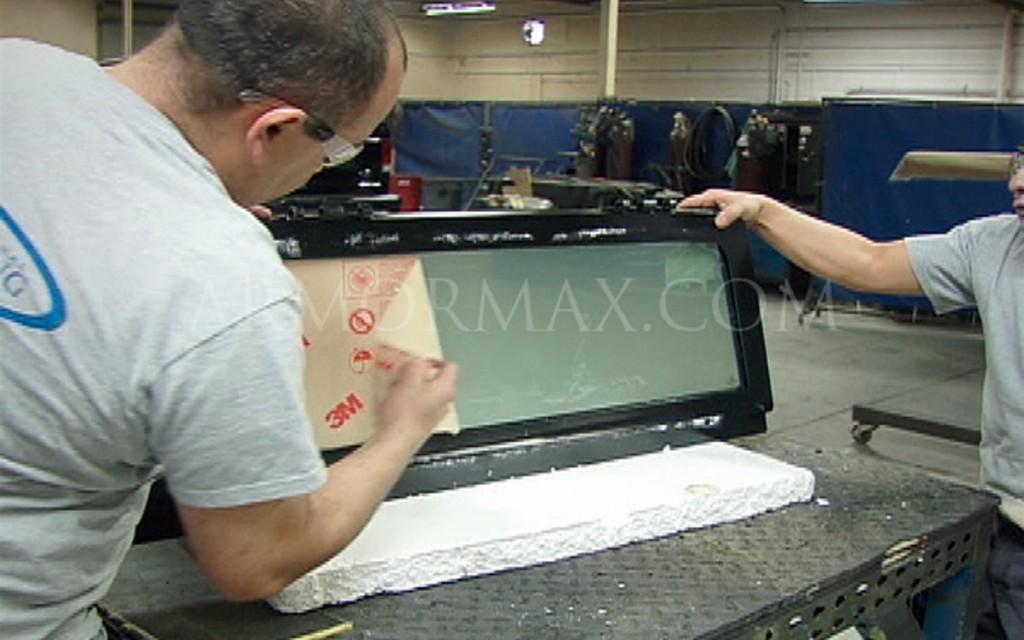 Many security guards have been shot and killed in their vehicles to steal their firearms during a call response, or while parked at the side of the road.

“In these instances, a bullet is cheaper than a gun,” said Burton.

IAC has recently completed a fleet of 420 vehicles for a security firm in the region, with protection levels geared to this ongoing threat. Five recent attacks of this nature in IAC-modified vehicles allowed the guards to escape unharmed.

“In all cases, these men went home to their families,” said Burton.

To help necessitate escape from the ‘Kill Zone,’ IAC-modified vehicles can be equipped with Run-Flat tire inserts, allowing travel at up to 60 miles per hour for 60 miles on deflated tires.

If vehicles are used to block escape, they can quickly regret their role with concealed Dual Ram bumpers.

“It’s not like the movies,” said Burton. “Assailants aren’t prone to chasing you down outside the designated attack area.”

The protection is surprisingly affordable. Figure around 10K U.S. for protection that mimics that of the African security guard.

Taking on armor-piercing rounds usually involves a budget and a bankroll that involves few blinks from either side of the transaction.

Coming home with no more holes in your person than you left with? Priceless.

Servicing and Maintaining Your Armore...