The stereotype of armored vehicles is big, hulking slab-sided beasts like those made by Conquest Vehicles, announcing your toughness, importance, or insecurities to the world. But the reality is you could be driving past many armored vehicles every day and not know it. And that’s exactly what most armored car customers want, according to Mark Burton, president and CEO of International Armoring Corporation.

Since its start, IAC has outfitted more than 7000 vehicles for clients around the world, ranging from heads of state, to celebrities and corporate executives, to private citizens simply concerned about their personal security. Although Burton said the company would armor just about any vehicle the client wanted, the majority of the vehicles built by his company are SUVs. “SUVs are definitely in our top five list of most commonly armored vehicles. The most popular models are probably the Suburban, Tahoe, Yukon, Lexus LX 570, and Toyota Land Cruiser,” Burton said. Part of the popularity of SUVs comes from their all-terrain versatility, and giving the client the capability of going off-road for evasive action that might not always be possible in a car.
Suspension and brake upgrades are typically included in most armoring treatments to compensate for the added weight. “We don’t want the customer to feel like they’re driving an armored vehicle,” said Burton. But because of the unique lightweight material the company uses for its ballistic protection, most conversions typically don’t include engine modifications. 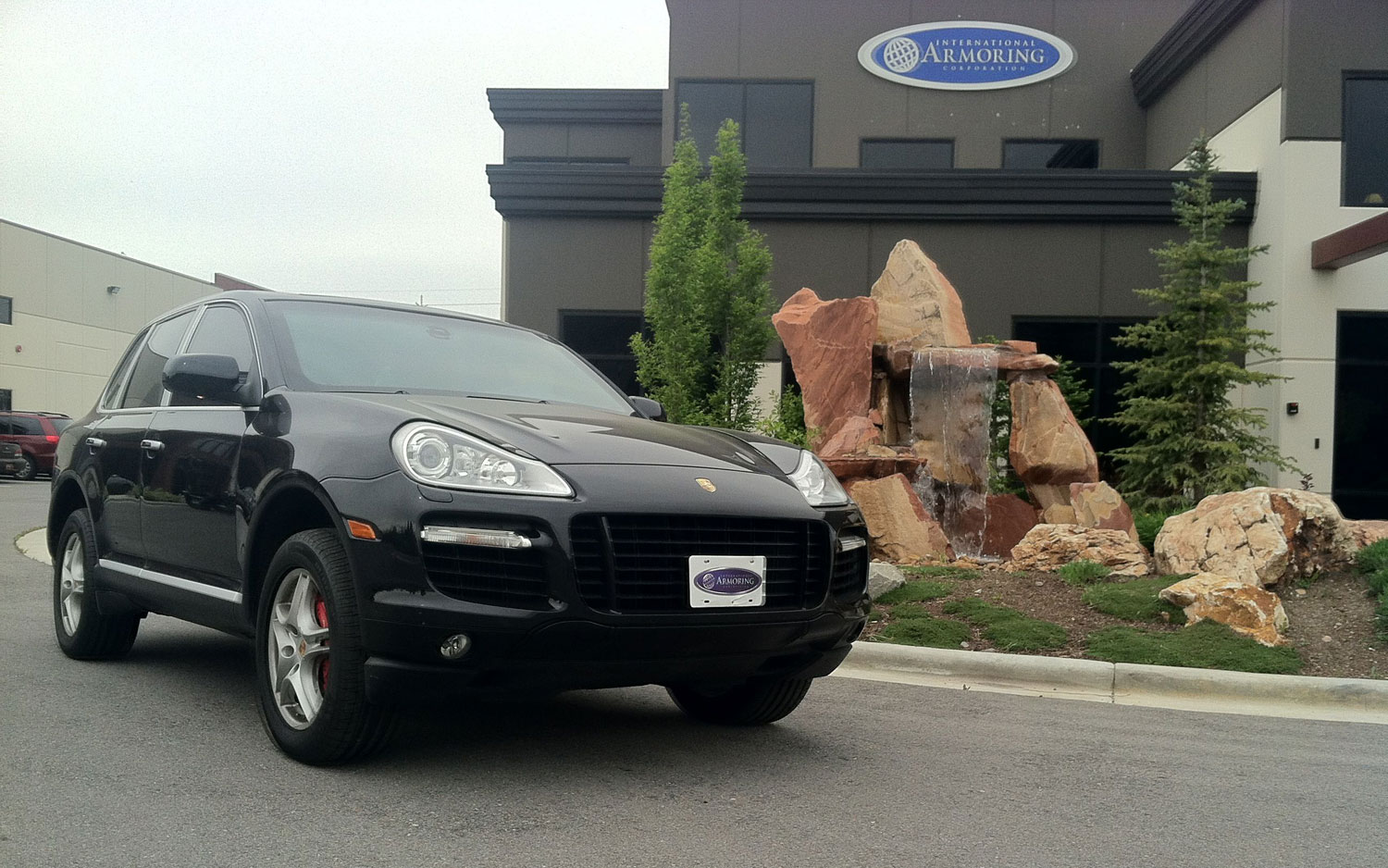 IAC avoids major mechanical changes for two reasons. First is serviceability, with many of its vehicles going to overseas clients that don’t have access to the same level of vehicle maintenance and repair expertise as in the U.S. “We’re trying to keep these cars on the road and out of the repair shop. We try to work within the vehicles’ original parameters as much as possible. When you start adding things like turbos and superchargers, or custom-built engines, you’re adding a degree of complexity that the client may not be prepared to deal with,” Burton said. For clients insistent on the hot-rod treatment, IAC will oblige, but will utilize an outside firm with expertise in that area.

The second reason engine upgrades are not typically necessary is because of the vastly lighter weight of the composite armoring material the company uses relative to conventional ballistics steel. The Armormax composite is less than one-third the weight of steel, meaning on a conversion that would typically add 3000 pounds to a vehicle’s weight only results in an increase of 1000 pounds. However, the one downsize to the Armormax material is its greater thickness relative to ballistics-grade plate steel. This makes outfitting larger vehicles easier due to the larger cavity area in the door panels. But one advantage of Armormax over plate steel is that it’s moldable, allowing it to be formed to the contours of the areas where it’s applied, something not usually possible using conventional armoring materials.

Although one would suspect many of the customers for armored cars would be those involved in illicit or suspicious activity, Burton says the company has a strict list of conditions for potential clients, which dissuades most of the shadier clientele. The company does not accept cash payments, and does not sell to countries or individuals identified as enemies by the U.S. State Department.

When all your clients’ vehicles are built to order, it’s hard to come up with a “typical” figure for an armoring package, but Burton said for most jobs, it’s $65-75,000 on top of the cost of the vehicle. He admits IAC is not the cheapest in the business, with foreign competitors coming in much lower using more conventional methods and materials, but says you get what you pay for in terms of vehicle performance and workmanship.

To better meet the demand of global clientele, IAC operates five locations around the world, from the company’s headquarters in Ogden, Utah, to conversion facilities in the Philippines, the UK, Hong Kong and South Africa. The company is planning on opening two more facilities globally this year, but declined to disclose the precise locations for competitive reasons.

Among the more unusual vehicle requests the company has received have been an armored tractor for a client in Israel who was being shot at in the field, and an armored Volkswagen Beetle for the son of one of his clients. One of the biggest jobs was armoring a 45-foot Prevost motor coach. But the majority are SUVs or full-size luxury sedans, like the Mercedes-Benz S-Class.
If you’re interested in getting an armored car, or learning more about IAC, you can visit the company’s Web site at www.armormax.com
Share