Home > News > The 10 Most Dangerous Countries in Latin America

The 10 Most Dangerous Countries in Latin America

For all the region has to offer, Latin America is quite a poor region. High unemployment and poverty levels lead people to look for other ways to support themselves, which often means crime. Unfortunately, Latin America is also a region where conditions are ripe for growing the plants that can be made into narcotics, which adds more fuel to crime in the region.

The result is high crime levels, including homicide. Here’s our list of the most dangerous countries in Latin America.

Much of Venezuela is paradise on Earth. With a beautiful tropical coastline and stunning interior, visitors will get to see some truly jaw-dropping sights. Verdant national parks are rich with wildlife, while some Venezuelan tourist destinations are modern and have all you could need.

However, tourists have not been visiting the country in significant numbers for years. The reason for the drop is that social and political instability in the country has seen desperation and crime rates soar. The country has been seeing shortages of essential goods since 2013 and went into a deep economic depression in 2016.

The country’s political and economic issues mean that many people are desperate for work and even food. As a result, violent crimes skyrocketed, and Venezuela now has the highest homicide rate in Latin America, with a homicide rate of 45.6 per 100,000 citizens. The homicide rate is also among the highest on the planet. Tourists are often targeted, sometimes violently. Many governments advise against travelling to Venezuela, but if you still want to visit regardless, you should be very careful.

Honduras is a nation that has something to offer visitors from all over the world. Rich in history and stunning natural beauty, tourists can get a glimpse of life in ancient times and get close to some of the planet’s most wondrous creatures. Home to the second-largest barrier reef on the planet, the country is a haven for divers.

Unfortunately, Honduras is rife with gangs and the crime and violence they bring. Violent crime rates are among the highest on the planet, and the country has a homicide rate of 37.6 per 100,000 citizens. Some parts of the country are safer than others, and some 2 million tourists visited the country in 2017. However, many of these tourists came on cruise ships and stuck to relatively safe areas.

Despite all that Honduras has to offer, it’s probably wise to look elsewhere. If you insist on going, you should head to one of the least dangerous parts of the country.

Mexico has for years been one of the world’s most popular tourist destinations. Tropical beaches and stunning blue coastal waters make the country a mecca for sun-seekers, and there’s the country’s vibrant Latino culture that helps to make for an experience that won’t be forgotten.

However, tourists are no longer coming in the same numbers they used to. This is partly down to the US government advising against non-essential travel to the country, and US citizens made up a large bulk of the country’s visitors.

The warnings are largely down to violence caused by the country’s infamous drug cartels. The cartels are responsible for the county’s extremely high crime rates, including crimes like homicide and kidnapping. Such was the extent of the problem that the government attempted to crackdown using military operations, although this only escalated the levels of violence in some cases.

A wonderful climate, exciting wildlife, and rich history help make Belize the ideal destination for many tourists globally. The government is also making tourism development a priority to help attract more visitors to the country.

However, high crime rates in the country are likely to deter many potential visitors. The crime comes mostly from gangs profiting from the drug trade and trafficking. Gang wars will occasionally spill over into the streets of Belize City, which can be dangerous for anybody in the vicinity at the time. Tourists have also been targeted, including for violent crimes like rape. The country has a homicide rate of 24.3 per 100,000 people.

If you want to visit Belize, it’s recommended to stick to the tourist areas only, but you will need to be careful even here. Crimes like pickpocketing are rife, and you should be extra careful not to stray into darkened alleyways.

Columbia is not usually considered a major tourist destination despite its wonderful beaches and rich biodiversity. The tourism industry is relatively small here, although backpackers and other explorers travel to the country for the beautiful natural scenery.

One of the reasons why tourism is low in Colombia is because of the country’s reputation as a global centre of crime. For many, Colombia is synonymous with crime, particularly the drugs trade and the violent crime that’s associated with the industry.

Colombia has since been working hard to shake off its violent image, and vast improvements have been made. However, crime rates remain higher than most other destinations, and anybody visiting the country should take all precautions. Colombia has a crime rate of 24.3 per 100,000 citizens in 2020

Although not commonly seen as a tourist destination, Ghana’s rich biodiversity is an attraction for many. Much of the country is relatively untouched and the country aims to use its natural resources to become one of the planet’s leading eco-tourism destinations.

Despite the peace of the vast natural areas, Guyana still has high rates of crime. Potentially violent robberies are a particular problem, and the country has a homicide rate of 20 per 100,000 citizens. The crime levels are not helped by high levels of corruption, with officials turning a blind eye to domestic crimes in particular.

Guyana is still a relatively safe destination, provided you use common sense and avoid certain areas. Take adequate precautions, and you should have no problems in what is a wonderful county that’s simultaneously laid back and vibrant.

Tourists are attracted to El Salvador thanks to its beaches and nightlife. The excellent surfing conditions at many of the country’s beaches have helped attract people from far and wide.

El Salvador is another Latin American country with crime problems, largely down to gangs. The El Salvadorian government has tried to contain the crime with some degree of success. 2012 also saw a reduction in crime which has been attributed to a supposed truce between gangs. Regardless, violent crime rates remain high, and El Salvador had a homicide rate of 19.7 per 100,000 in 2020.

Although tourists are not usually targeted, it still pays to be extra careful when visiting the country to be on the safe side. It’s recommended not to travel alone and to avoid travelling after dark where possible.

Home to one of the planet’s most famous carnivals, Brazil is a country that attracts visitors in its droves for its vibrant culture. Famous beaches are another attraction, while the verdant amazon rainforest also draws in visitors from far and wide.

However, while visitors get to stay in luxury hotels in modern towns and cities, many of the county’s citizens live in abject poverty. Around Brazil’s cities are favelas; shanty towns where many of the poorer citizens live. Most have come from or originated from other parts of the country and ended up heading to the cities to look for work. With so many unemployed, crime rates are high, including violent crimes, and the country has a homicide rate of 19.3 per 100,000 citizens.

Most visitors are unlikely to experience any problems and the country is quite safe for people who take precautions. Pickpocketing and robbery are crimes that tourists should be mindful of.

Guatemala is an emerging tourist destination. There is plenty to explore thanks to ruins from ancient civilizations plus, of course, some truly stunning beaches to relax on. Tourism now makes a considerable contribution to the country’s GDP.

Although the country has seen its economy improve in recent times, there are still high poverty and crime rates, including violent crime. Gangs operate throughout the country, including in major cities and tourist areas. Violence between gangs will occasionally break out, while robberies and pickpocketing are other prevalent threats. Although tourists are not usually targeted, the country still has a homicide rate of 15.4 per 100,000 citizens, so it’s wise to be careful.

For the most part, Guatemala is a safe destination for visitors provided they take due care. Stick to tourist areas, stay in groups, avoid dark alleys, and generally avoid making yourself a target and you should be fine.

Located far from the coast, Paraguay lacks many of the typical attractions that would attract tourists. However, the country’s thick forests attract visitors who want to take part in extreme sports such as jungle trekking and zip-lining.

Paraguay is still a destination to be careful in, but it’s violent crime rate has dropped over the past couple of years, from 24.2 murders per 100,000 residents down to just under 7.

Although Paraguay isn’t likely to be on most peoples’ destination list, the country still has plenty to offer to the people who do visit.

Whenever you are visiting an unsafe area, don’t take any chances. Protect yourself and your family with the most comprehensive personal protection services around.

Whether you have an SUV or sedan that requires protection, Armormax is your go-to option for the most robust coverage.

For more information on dangerous places, see the most dangerous cities in Europe, or Asia.

Many places in South America are safe to visit, but it is important to check on the current situation before you travel anywhere. Two of the most notorious countries for drug trafficking and higher than average homicide rates are Colombia and Venezuela.

Brazil has a higher absolute number of murders than Mexico and nearly 100 million more people living in the country.

Despite a history steeped in drug trafficking and violent crimes, today's Medellin is much more tourist friendly. It's affordability and warm year-round climate make it a popular destination for many.

8 Car Protection Accessories You Should Definitely Have 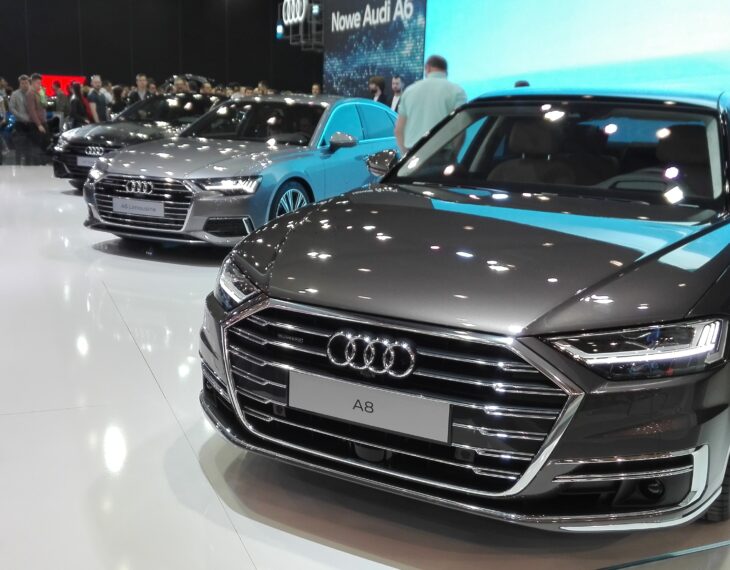 What does changing your engine oil do for your car? 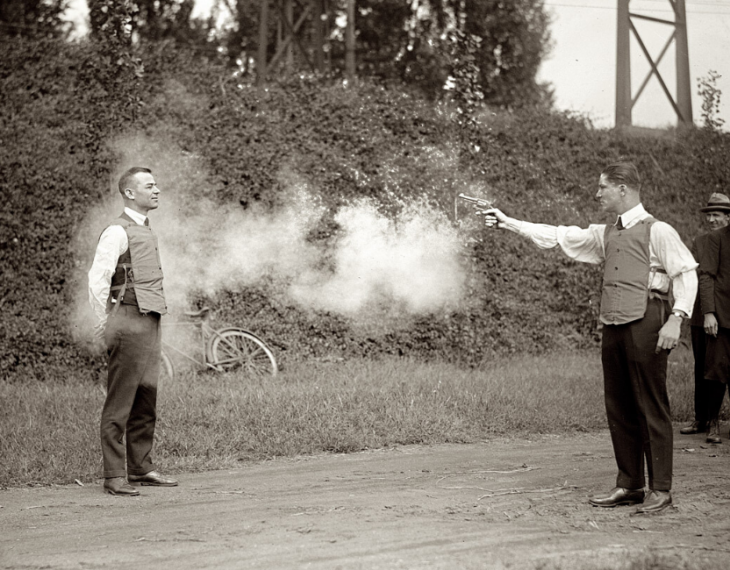