Many countries are dangerous as hell. Target killers, kidnappers, carjackers, and other criminals are wandering here and there to find their next victim. The performance of law enforcement agencies in these countries is zero. In many countries, even members of security forces are partners in crime and ask for their share of the loot.

Therefore, you should think multiple times when intending to move or travel there with your family. We highly recommend you get an armored vehicle if you want to visit such areas. Without foolproof security, visiting violent countries is putting your life at unnecessary risk. Let’s get to the point and talk about the countries with the highest crime rates, as well as countries with some of the lowest crime rates.

Venezuela is the country with the highest crime index (84.36) in the world. Homicides, armed robberies, and kidnapping are at their peak. There are plenty of reasons behind criminal activities like a flawed judicial system, political corruption, economic hardships, and poverty. The United States has issued it a level 4 travel advisory for the country. A level 4 travel advisory is the strongest warning and means not to travel there due to the extreme danger.

However, Venezuelan authorities are trying to control criminal activities by improving the economy, employment rate, and judiciary system. If you are intending to visit the country, you should fulfill all security measures like owning an armored vehicle.

Papua New Guinea is the second most violent country with an 80.04 crime index. All types of violent crimes like murders, rape, kidnapping, armed robberies take place here on daily basis. Raskol gangs are behind all small and large-scale criminal activities in the country.

In addition, the geography of Papua New Guinea makes it a very attractive place for human and drug trafficking. The violence is happening because of poor-quality education, unemployment, a poor judicial system, and corrupt law enforcement agencies. Traveling late at night and alone can be very dangerous in Papua New Guinea

South Africa is another country with a high violent crime rate. It is even a risk to live in the capital of the country, Cape Town. The country has the highest rape rate i.e. 132.4 incidents per 100,000. That’s why it is considered the rape capital of the world. According to the South African Medical Research Council, 1 out of 4 men admitted to committing rape.

Therefore, South Africa is one of the most dangerous countries for women to live in and they should take special precautions. Apart from rape, burglary, assaults, homicides, and other violent crimes are also notably high in this country. Traveling to South Africa should be done with extreme caution.

Honduras is a famous country for many criminal activities it has a 76.65 crime index. Different gangs like Mara Salvatrucha and Barrio 18 are highly prevalent in the country. The country provides various drug routes to the United States.

Honduras has become an easy point of entry for the illegal drug trade due to weak domestic law enforcement. According to the US Department of State, you should reconsider visiting the country.

Afghanistan is another country with high crime rates. The country is facing almost all types of criminal activity. Crimes that occur in Afghanistan include contract killings, assassinations, drug trafficking, human trafficking, money laundering, and corruption. Afghanistan is not a safe country to visit due to war, armed conflict, terrorism, and civil unrest.

Brazil is one of the top 20 countries with regards to the highest homicide rates. Most of the crimes that take place here are violent or organized crimes. The country is severely suffering due to the collision of different gangs. Drug trafficking, rape, corruption, and murders are pervasive issues in Brazil.

The murder rate in Guyana is 68.15 which is almost 4 times higher than that of the United States. Weapons are easily accessible to criminals. Plus, the country has poor law and order. Therefore, armed robbers wander openly and assault people at gunpoint. Even tourists are not safe from hotel break-ins, assaults, and robberies. You should be very careful when visiting this country.

Trinidad and Tobago is another country to avoid, especially without the protection of an armored vehicle. Gang violence, drugs abuse, sexual assault, human trafficking, kidnapping, theft, and other violent crimes are common in the country. Although the country is not as dangerous as the previous countries.

Although the “murder rate per capita” is statistically lower than other countries, Syria’s violence is largely due to its continuous civil war. Property and violent crimes occur in this country on a large scale. Due to an ongoing civil war in the country and involvement from the world’s powers the situation has escalated to a life-threatening level to anyone in the country. Due to the war, the country is also experiencing widespread war crimes.

The collision between the Free Syrian Army and other rebel groups takes place frequently. Bloodshed, robbery, carjacking, and other violent crimes are at their peak. Syria is a war-affected country and war hasn’t ended, so you should avoid this country.

These gangs have disputes over territory with other gangs, and the members of both gangs keep fighting with each other in these disputed areas. Unfortunately, these gangs are getting popular among youngsters. Don’t visit the country without consulting the advisory by the foreign office.

Countries With the Lowest Crime Rate

10 Safest Countries In The World

Iceland is a country with only a population of 340,000. It is the safest country on this planet according to Global Peace Index. The country has a very low crime index, highly-trained security, and law enforcement agencies. The citizens of Iceland have strong social attitudes against all types of crimes. The country offers religious freedom, equal rights to both men and women, and equality in-laws. All these attributes make Iceland one of the safest countries in the world.

New Zealand is another safest country with the lowest crime rate, especially violent crime. Its score slightly decreased due to the terrorist attack on two mosques in Christchurch in March 2019. In a peaceful environment, police personel don’t carry firearms.

In 2014, Portugal was the 18th safest country in the world. However, it has earned the place in the top 5 safest countries due to various reasons. For example, the unemployment rate has been decreased significantly from 17% to 7% due to its economic resurgence.

Austria is another safe country in which serious crimes are uncommon. However, tourists and local inhabitants both are not safe from pickpockets and purse-snatchers. You should be very careful of snatchers in the country.

Global Peace Index ranks Denmark as the fifth safest country in the world. The country has good employment, well-educated people, low corruption, and skilled security forces. Health facilities are common so people are spending comfortable lives in this country.

Do you have any guarantee to be safe in these countries?

All the above-mentioned countries are safe without any doubt. But a country in which you become a victim, that country becomes unsafe for you. Similarly, if no one attacks you even in a country with the highest crime rate, you would consider that country safe for you.

In fact, it is possible to become a victim anytime and anywhere in the world. So you should try to keep yourself safe as much as possible. For this purpose, you shouldn’t ignore any of the security aspects. Plus, getting an armored vehicle is the finest way to protect yourself and your family.

Canada is a relatively small country in terms of total population size, but it is spread over thousand of miles of mostly barren wilderness. Canada’s citizenry is among the friendliest in the world, making it a country with one of the lowest crime rates.

Singapore has some of the strictest laws against petty theft and other crimes, which is why it is consistently one of the safest countries on the planet. Being that Singapore is defined as a city-state, it is the 2nd safest city in the world.

There is strict enforcement of guns throughout Singapore, and violent crimes are extremely low.

Czech Republic’s crime rate decreases seemingly every year. It has one of the lowest in Europe, especially among other Eastern European countries.

There is a very low chance of terrorist attacks in the country, even though Czech Republic has been involved in a few foreign conflicts in recent years.

Japan is the safest country in its region. Despite being relatively close to North Korea and China, Japan has managed to become a safe, secure, and financially stable power on the Asian continent.

Japan always seems to land high scores in the Global Peace Index, of which it has been a member for 13 years.

The Swiss have a tongue-in-cheek reputation for being “neutral” at all times, but when we look at the safety ratings we can see that there’s truth in this label.

Switzerland ranks fourth worldwide for food security and is consistently within the top ten most peaceful countries for all types of conflict.

Which Countries Provide the Safest Home for Expats?

All countries with poor economies, political instability, corruption, the poor performance of law enforcement agencies have the highest crime rates. Before visiting any country, you should consult the advisory by the foreign office.

Life is very important and you should be very careful about it. In this era of turbulence, you should try to keep yourself away from the offenders. The best way to protect yourself is by getting an armored vehicle. In an armored vehicle, you can easily and safely travel with your family without any fear whenever you want. The trend of bulletproof vehicles is dramatically increasing because people are now aware of the importance of bullet-resistant vehicles. Get an armored vehicle and ensure your security and have additional peace of mind.

Some of the most dangerous countries in the world include Venezuela, Honduras, El Salvador, and Jamaica.

Sweden statistically has the most elevated crime index score of all European countries.

Thanks to its small size and geographic location, Iceland is consistently rated the most peaceful country in the world.

Survival Weapons and What to Use? 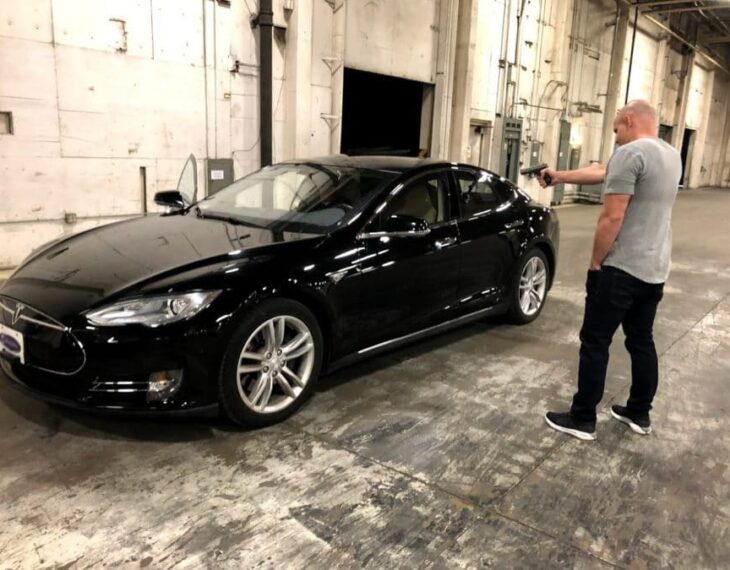