Home > News > U.S. Cities With The Most Carjackings

U.S. Cities With The Most Carjackings

Carjacking is a particular type of vehicle theft, which means a car being stolen from the owner while they were using it.

In a sense, carjacking is much like a mugging in that the car is taken from its owner by force. Carjackings can be violent with weapons sometimes involved, and victims are sometimes attacked even if they show no resistance.

In many cases, the carjacker has no intention of keeping the vehicle they’re stealing. Instead, the vehicles may be used to carry out other crimes or just for joyriding. In some cases, motor vehicle thefts are carried out by very young criminals, with children as young as ten years old being caught carrying out the crime, often to boast to their friends.

Regardless, carjacking can be a harrowing event for a victim of auto theft, potentially making them reluctant to drive again. Some victims can also sustain serious injuries when their car is taken by force.

Carjacking is a problem in numerous countries around the world, but official crime statistics on the risk of theft are hard to find and surprisingly little research has been done into the phenomenon. Regardless, we’ve used the available data to bring you this list of cities that experience the most carjackings.

Although not one of the biggest cities in the states, Bakersfield nears the top of the list for motor vehicle thefts per capita, averaging roughly 726 thefts per 100k residents.

Albuquerque is another hotbed of vehicle thievery, with a tally of just under 700 thefts per 100k residents.

For awhile, this seemingly quiet New Mexican town lead the nation in automobile thefts per capita.

The Greater San Francisco bay area has had prolonged bouts of crime. Although it’s home to some of the wealthiest people on earth, it’s also seen a significant spike in crime over recent years.

Every category of criminal activity, from car thefts to violent crimes, has risen across the bay area. Motor vehicle theft per 100k residents is at nearly 500 attempts.

Modesto is a relatively small town compared to the rest of this list, but it certainly sees a lion’s share of crime in the region. Located in the northern portion of California’s Central Valley, Modesto is widely regarded as an area that can be unsafe.

Its rate of car thefts sits at about 573 per 100k residents.

Chicago, Illinois, is perhaps the United States carjacking capital. The Windy City is synonymous with crime in some aspects. After all, the city was home to one of the world’s most famous gangsters – Al Capone. During the 1920s, the Chicago Mafia, headed by Capone, controlled much of the city, including the police department and was heavily involved in crime, including violent crime.

While the same family still operates in Chicago, they are not nearly as powerful as they used to be and are less involved in violent crimes. However, while The Mob is no longer prevalent on the crime scene, the city is still a hotbed of crime overall. In fact, homicides in the city accounted for almost half of the increase in 2016 homicides throughout the United States.

As for carjacking specifically, 1,800 carjackings were reported in Chicago last year, which is by far the highest figure recorded in any United States city. In addition, the number of hijackings in Chicago in 2021 was the highest rate for the city over the previous 20 years.

New York City is another city that is strongly associated with crime. The city is often associated with the mafia, with Charles ‘Lucky’ Luciano perhaps the most famous New York gangster ever. Unlike Al Capone in Chicago, Luciano decided to unite mafia families in the city, creating the five families that ran the city for so long. The lack of gang wars in New York was an obvious benefit for the city’s law enforcement, but the five families became one of the world’s most powerful crime syndicates ever seen by working together.

Recent years have seen a significant increase in New York City carjackings, with more than 500 reported cases in 2021. This number of vehicle thefts makes it best to avoid owner complacency as much as possible.

Philadelphia is the largest city in the state of Pennsylvania and the sixth-most populous in the United States, with a population of around 6.2 million people. Philadelphia is home to numerous national and international corporations and significantly contributes to the US economy.

However, Philadelphia also has one of the highest unemployment rates in the country, and high unemployment rates typically go hand in hand with high theft rates. The city’s crime rate is higher than the national average, a significant proportion of which is violent crime. Philadelphia’s crime rates are contributed to significantly by organized crime in the city, including organized crime families and various gangs.

Philadelphia has a problem with auto theft and carjacking, with an increase in reported cases of car thieves in recent years. In 2021, the city saw 800 recorded cases, four times the number from 2015. There have also been reports of hijacking rings in the city, which look to benefit financially from selling stolen vehicles.

New Orleans, Louisiana, is a city of approximately 1.2 million people. The city is a major cultural centre for the United States and is in the top 10 most visited cities in the country. Visitors will come for the multi-cultural feel of the city, its food, live music events, the bustling nightlife, and more.

For all it has to offer, New Orleans has a problem with crime, thanks largely to high unemployment rates among the city’s more impoverished areas. Much of the crime in the city is violent, and New Orleans was declared the “Murder Capital of America” in 1994.

New Orleans was already struggling with some of the highest vehicle theft rates, but things were made even worse in 2006 when hurricane Katrina arrived, causing widespread destruction, disruption, and an economic downturn. Authorities have managed to decrease the crime rates since, but still, New Orleans has a homicide rate significantly higher than the national average. Carjacking is another crime that New Orleans has to deal with.

Detroit is the largest city in the US state of Michigan, with a population of around 4.4 million people. The city is home to several major corporations and is a major US cultural centre. The city is best known among many people for its association with the motor industry and is home to General Motors, one of the largest automotive manufacturing companies on the planet.

In addition to its reputation as a cultural, industrial and financial powerhouse, Detroit is also known for its high crime levels. Violent crime levels are among the highest in the country, with a large proportion of homicides being related to the illegal drug industry.

Perhaps ironically, considering the city’s history with the automotive industry, carjacking is a problem in the city. Indeed, it was in Detroit where the term ‘carjacking’ was born. Detroit has, in the past, held the title for the highest number of carjackings in the United States. However, the number of carjackings has fallen in recent years. Regardless, carjacking levels still remain high in the city, and residents and visitors are advised to be particularly vigilant in certain areas.

Newark, New Jersey, is a relatively small city but its close proximity to New York makes it one of the most dangerous cities around.

Newark used to be considered the most dangerous city in the country in 1996. Crime levels have fallen away since, but Newark crime levels remain significantly higher than the national average.

Newark had a particular problem with carjacking in the 1990s. While the number of hijacking incidents fell, it rose again in 2010, with the authorities blaming it mostly on young men who stole the vehicles for fun. The situation is not as severe now but still remains a significant issue.

Johannesburg is a South African city with a population of approximately 5.6 million people. The city is relatively young, having been founded in 1886, and has seen very rapid growth since. The city is an economic powerhouse for South Africa, and the overall economy has been improving since the city’s ‘wild’ mining days. However, there are still high levels of property crime and violent crime.

Despite its economic centres, Johannesburg is a city where a large percentage of the population is poor. When people are poor, they typically lack opportunities and will often need to turn to desperate measures to support themselves. This often involves turning to crime, including carjacking.

Carjacking in South Africa is known as hijacking, and it’s a serious problem for the country. In 2014 11,221 hijackings were reported, and the severity of the situation means it has found its way in literature. Authorities are still trying to tackle the problem amidst reports of poor leadership among the police. As a result, residents have taken to using some extreme defensive measures, including a flamethrower mounted underneath the vehicle. The flamethrower is no longer sold, but other types of anti-theft technology is still common in Johannesburg and elsewhere in South Africa.

Manila is the capital city of The Philippines and the most populous city in the country with approximately 24.1 million people and a vast metropolitan area. The city is an important economic centre for the country, with tourism and shopping making a significant contribution. However, while the city attracts more than one million tourists each year, visitors need to be mindful of the high crime rates in the city.

Despite all the commercial activity in the city, many of its residents are very poor. An estimated four million people living in Manila live in slums where they stay in terrible conditions.

Naturally, many of the city’s poor population will look to crime to improve their lot, and this includes car thefts and carjacking, which is known as carnapping in the Philipinnes. Such is the significance of the carnapping problem in Manila that the Philippine government has enacted specific laws to deal with the problem.

Protecting Yourself from Carjackers

Carjackers are often armed, sometimes with guns, making it a very dangerous situation to be in. In many cases, it’s recommended that car owners hand over the keys and avoid doing anything that might encourage the hijacker to shoot you. The loss of a car can be costly and upsetting, but your safety is of paramount importance.

However, you can take steps make yourself less of an easy target for carjackers protect yourself and your vehicle from carjackers. One step is to invest in a vehicle that offers protection from attack. Bulletproof windows, steel doors, and other security systems will help ensure your attackers are unable to harm you or your passengers. Other features like run flat tires will help ensure you can still get to safety even if your tyres have been blown out.

Such motor vehicles are not impenetrable, so it’s still wise to take necessary precautions. Instead, they will help give you enough time to get to a safe place or wait for the police to arrive. That extra time will literally help to save lives in some cases, in addition to preventing your vehicle from being stolen.

South Africa is notorious for carjackings, specifically in Johannesburg.

Teslas have among the lowest stolen vehicle rates in the world.

What Is The Most Common Armoured Vehicle? 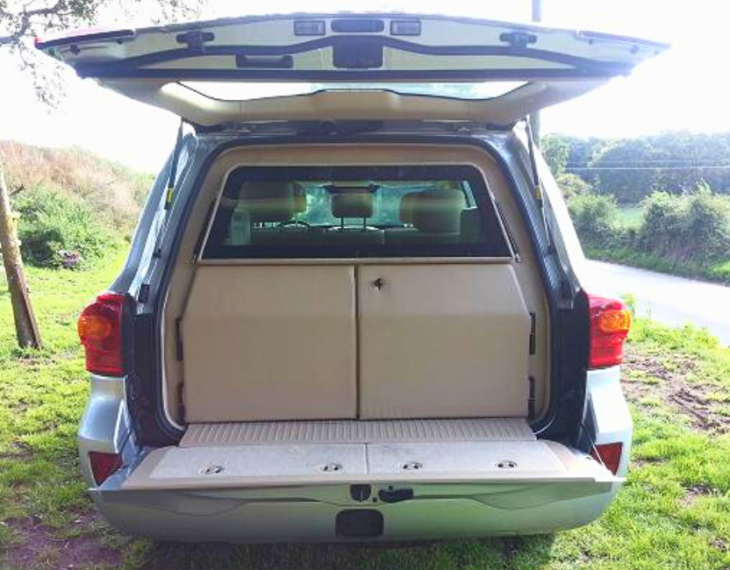 Are Toyota Land Cruisers Reliable? Here are The Most Common Problems 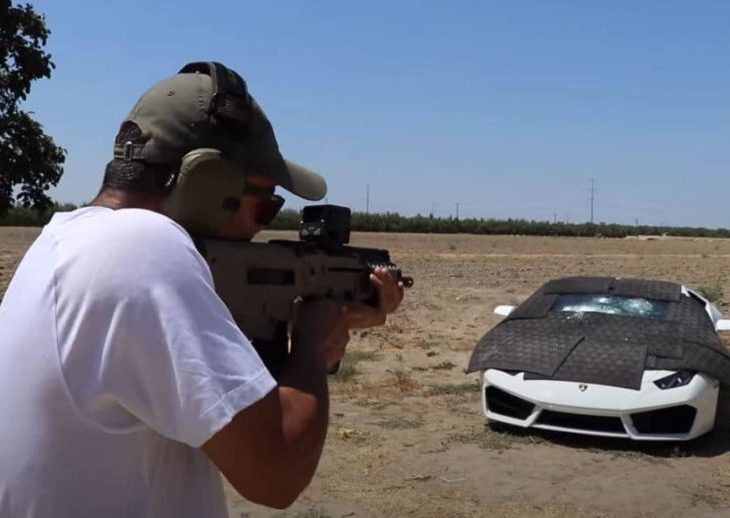 Can my armored car have operable windows?

How To Convert Used Honda Cars Into New Armored Cars