Japanese automobiles are famous worldwide, owing to their sturdy design and reliable performance. And what fits the description better than Toyota Land Cruiser?

What started as a Japanese adaption of the Willy Jeep has evolved into an automobile icon that is still going strong after 70 years.

Toyota Land Cruiser is available in 170 countries and sold more than 10 million units in 2019.

Toyota Land Cruiser production started in 1951, aiming to build a jeep for the Japan National Police Reserve. Since then, it has evolved into fourteen models and hundreds of different variants. It is the oldest SUV model in production, owing to its utmost durability and reliability in every terrain and weather.

The first Land Cruiser prototype got the nickname “Toyota BJ” and “Toyota Jeep” because of its earlier B-type engines. In 1950 when the Korean War broke out, the United States needed military jeeps, and the allied forces commissioned Toyota to build jeeps.

In 1954, when Willy’s Motor Company brought up a trademark violation claim regarding the name ‘Jeep’ – the Japanese, already admiring the British Land Rover, named their SUVs the ‘Land Cruiser.’

Following are the remarkable facts and statistics about Toyota Land Cruiser

Australians Purchased The Most Land Cruisers

Toyota Motors announced that the legendary vehicle had crossed 10 million in global sales by 2019. These sales numbers include numbers from Land Cruiser Prado, 200, and 70 series. Moreover, they also declared that Australia was the region with the highest number of Land Cruiser Sales.

The country purchased the most Land Cruisers amounting to 42,267, which is 13.3% of the global Land Cruiser sales.

There are many reasons why Land Cruiser struggles in the US market, including high competition, high price, low sales, and difficulty in resale.

The Toyota Land Cruiser has terrible mileage; it gives 13 mpg in the city and 17 mpg on the highway. Meanwhile, its competitors in the United States like Ford, Chevrolet, and GMC SUVs give way better mileage than the Land Cruiser. However, we can expect a lot of mileage as it is a durable giant that you can take in the most challenging terrains.

Land Cruiser Is Expensive Than Other SUVs

Land Cruisers cost starts from $85,665, which is a lot compared to other US SUVs as Ford Expedition starts at $51,080, Chevrolet Suburban has a starting price of $51,700, while GMC Yukon SUVs price starts from $52,100. So compared to its competitors, Land Cruiser has a huge retail price all over the world

Land Cruisers are significantly expensive, so it is an important question to ask: will they hold their value on reselling? According to Car Edge, the Toyota Land Cruiser will depreciate 22% after five years, meaning it will have a resale value of $72,410. However, the depreciation and resale value depend on the SUV’s condition, model number, and annual miles.

The Land Cruiser has a fan club because of its rigid body and interior luxury. There is a chance that owners will find a buyer after searching, and especially when Toyota announced its discontinuation, prices may go up.

Toyota Land Cruiser Is Widely Used By NGOs and Organizations

Land Cruiser Is One Of The Safest SUVs In The World

The Australian New Car Assessment Program (ANCAP) put the Land Cruiser under a tough test: it passed the test with flying colors. The vehicle had an 88% children safety and 89% score for adult safety. We can say that Land Cruiser is a reliable car regarding passengers’ safety and security.

A Higher Standard of Road Performance

When it comes to road performance, the Land Cruiser is not easily beaten. Thanks to an automatic transmission that is more powerful than you think, this behemoth can accelerate in a hurry no matter the road conditions.

Great for Long Trips Too

The Toyota Land Cruiser isn’t just a great off-road machine or for driving around town, it can be utilized on long trips across America and beyond. Despite a lackluster miles per gallon, it has tons of storage space to get you from A to B to C.

The Toyota Land Cruiser has exceptional capabilities to perform in almost every terrain and environment. Its performance, reliability, and endurance make it a premium SUV worldwide. It does cost a pretty penny, but it is well worth the money.If you’re interested in increasing your Land Cruiser’s safety up a notch – Armormax can help. We specialize in making bulletproof vehicles and use shatterproof glass and tints to protect the SUV and the driver. Interested in knowing more? Contact us today!

At this point in time, there's no specific word on what vehicle will serve as the replacement for the Toyota Land Cruiser in North America. Its price soared to nearly that of its close family member the Lexus LX 570.

Yes, the Toyota Land Cruiser is classified as a large luxury SUV.

If you adhere to the right maintenance schedule, a Toyota Land Cruiser can last upwards of 15 to 20 years or longer. Toyota is famous for reliability across its entire vehicle line. 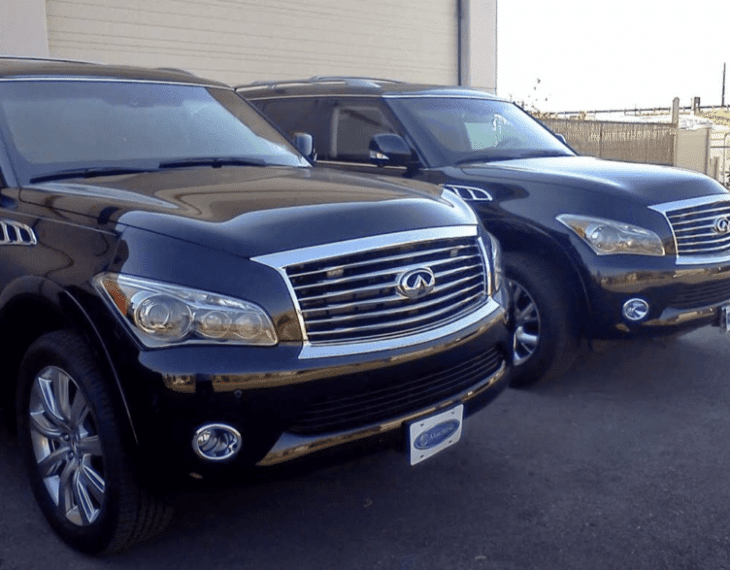 Top 4 Reasons to Get Your Chevy Tahoe Bulletproofed

Hijackers Meet Their Match in Armormax